Ex-Etonbury student is a master chef at Zest Quest Asia!

A former Etonbury Academy student has cooked up a storm by winning two awards in a national college cookery competition.

James Wheatley, who is now taking a Level 2 catering course at North Hertfordshire College, teamed up with classmates Emily Simkins and Phil Maddison to compete in the finals of Zest Quest Asia 2022 earlier this month.

In the final round, the trio of student chefs designed and cooked an Asian-inspired four course menu, and paired wine to complement their dishes – all then served to a judging panel of expert chefs and wine specialists. 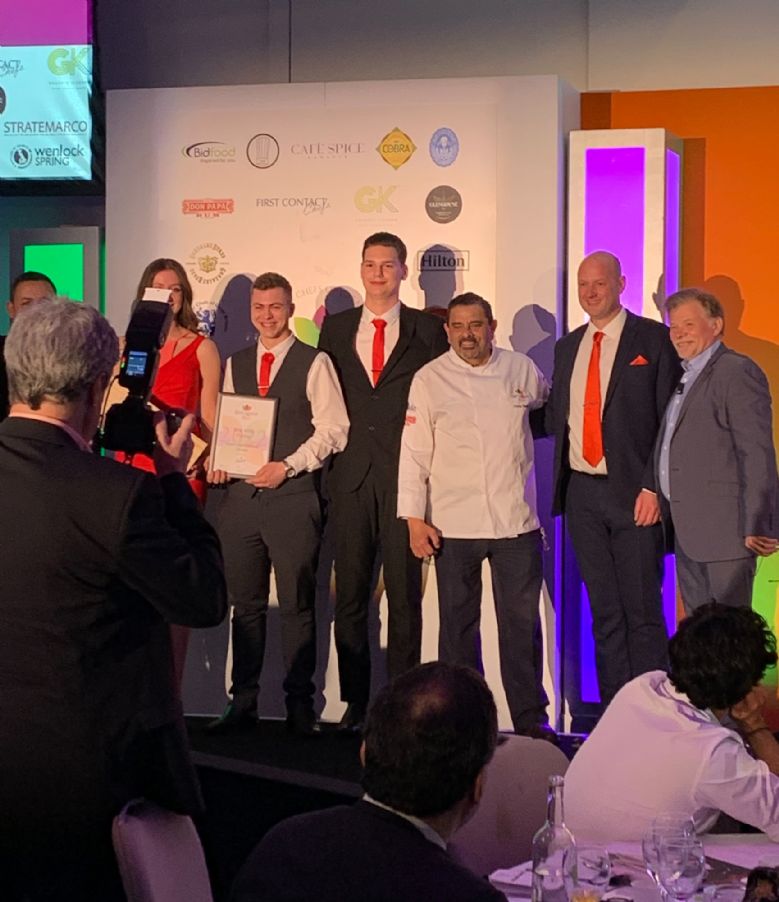 Mum Laura Wheatley – who is finance manager at another BEST school, Campton Academy – said James left Etonbury in 2019 having been in the school’s very first GCSE cohort, where he gained particularly good grades in his food and nutrition course.

Having initially moved on to study for A Levels, he re-evaluated his future plans during the pandemic and re-enrolled at North Hertfordshire College to train as a chef.

Etonbury Principal Ian Evason said: “Following his successful GCSE results James has gone on to achieve national awards in the food industry and is destined for even more prestigious accolades in the very near future.

“James has followed his dreams, and it is hugely uplifting to hear of our student’s success at such a young age and so soon after leaving us.”

Pictures: Top, James Wheatley pictured with the Jeroboam of wine the team won and, above, on stage collecting their awards.